Q&A with Bramshill Investments: Will Volatility Persist For Preferreds and Fixed Income Securities?

Posted by Arthur DeGaetano on November 30, 2016

On our last Bramshill quarterly conference call, an investor asked: 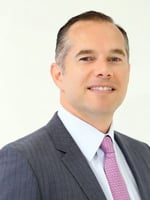 A: Art DeGaetano: If rates moved up very quickly and we had another couple months of rising interest rates, that would not bode well for risk assets and would probably put the Fed in a big pickle. Is there inflation coming with that or will rising rates reduce growth a little bit? Because again, it’s going to take a while before some of the Trump proposals go into effect, would get voted on, and things like that.

As far as the Fed, we definitely think they’re going to move in December because there’s no reason not to raise rates given where employment is and various other indicators. We think they’ll gradually increase interest rates, which, in our opinion, would be the best way to do it - more of a staggered move up. We don’t think they’re going to get forced to move quickly. We don’t anticipate a taper-type event like 2013. That was a major Federal Reserve policy shift that I think caught everyone by surprise. This is different.

So, our view is volatility will calm down. There will be some bouts of volatility over the next couple of months, but again, we would not be surprised if President-elect Trump comes into January a little bit more like Switzerland and really tries to have a moderate approach. It’s more of the Roosevelt thought process - walk soft and carry the big stick type of thing. We think that markets are going to be okay here.

There are definitely a lot of asset class shifts going on, and investors will be probably be adjusting exposures over the next six weeks going into year-end. We don’t anticipate significant volatility in that sense. We think you’ll have a moderate rise-up in rates, and that’s more coordinated with a healthy economy. Preferreds are probably in a good zone. It’s just a matter of timing and valuation. Do you want to buy them now or buy them in a few weeks at another 2% lower? That type of active management approach with respect to pricing should be considered and is a primary example of how Bramshill employs tactical asset allocation in fixed income.

Our team would love to hear your thoughts!  Please consider leaving us a comment below.