Why Long-Term Rates Could Move Higher in 2018? 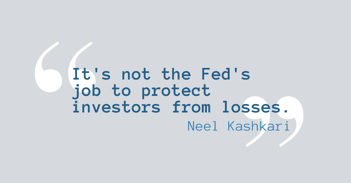 If 10 year yields move up to 3%, how will your asset allocation respond? This is a conversation we are having with allocators on a regular basis. We think the risk is real and believe portfolios should be stress tested for such an occurrence. After all, in mid-December 2017, while most were preparing for the upcoming holiday season, the Federal Reserve was raising the federal funds rate a quarter point to a new target range of 1.25 – 1.50%. This was the third rate increase in 2017 with three more rate increases projected for 2018. While the market reaction was fairly muted as the move was widely anticipated, what caught our team’s attention were the two Fed presidents who dissented – Charles Evans and Neel Kashkari. Speaking to CNBC the following week, Kashkari presented his views on why he voted against the rate hike (view video here) – his primary concern being the flattening yield curve due to long-term rates not moving higher even though the Fed has raised short-term rates. In our view, Kashkari is correct. The Fed should stop raising or at least, slow down on front-end rates and let the economy run a bit.


Post the December rate increase, nothing really has changed in our thinking as this move was expected and well telegraphed. The “technical” bid for long-end rates should continue to fade as (a) Fed tapering picks up, (b) ECB is buying less, and (c) as the calendar year changes (ex: pension funds could have less of a bid as they bought a lot in 2017 to fund pensions ahead of tax reform in 2018). We see three rate hikes next year with a 3% 10 year Treasury yield. However, there is a possibility that the Fed moves slower and lets the economy run “hotter” which could cause long-end interest rates to rise faster.

Our bigger picture view is that 1 of 2 things could happen in 2018 that will make longer-end rates move higher:

Regarding forward projections, we have scenario-analyzed the Bramshill portfolio which is likely to significantly outperform in a rising rate environment. If 10-year US Treasury rates were to move 100 basis points higher, the Bramshill portfolio is currently positioned to return approximately 8% over a 12-month horizon. If Interest rates were to stay the same or move slightly lower, the current Bramshill portfolio would most likely marginally underperform most standard bond benchmarks but not by much since Bramshill has approximately a 4.5% yield with a very short duration on the portfolio. One additional macro thought, if interest rates remain low, many portfolio allocations to equities, real estate, private equity, emerging markets, etc. will likely continue to perform very well. If rates move up toward 3% as we anticipate, there is a good chance many of these asset classes come under some pressure from a valuation standpoint. In that case, the Bramshill Income Performance Strategy is likely to be an outperformer among such allocations. Obviously, these are just assumptions and our portfolio positioning could change due to the risk-reward opportunities that arise.

For those who are concerned with rising interest rates, please contact us to discuss further. We welcome the conversations.

Did you miss our live Q3 2017 webinar?
Watch the webinar replay here. 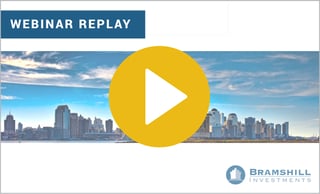 Past performance may not be indicative of future results, which may be impacted by unforeseen economic events or evolving market conditions. The indices quoted are included for illustrative purposes only, as an index is not a security in which an investment can me made. Certain statements are forward-looking and may not come to pass.